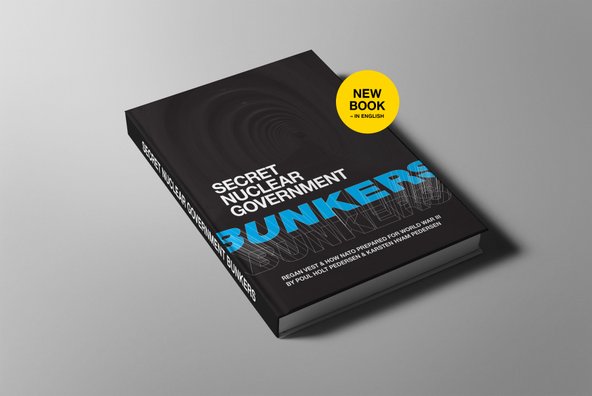 The book describes how NATO expected member states to build secret nuclear-proof government bunkers and prepare a community that could function during states of emergency and under the worst possible conditions.

The book is based on Denmark's deepest secret: the underground bunker for the government and the Royal House – the government bunker REGAN VEST and the community that was ready to be activated during a state of emergency or war.

The nature and details of these arrangements have remained hidden.

The book also describes crisis management facilities of other NATO countries – including the bunker for the United States Senate and House of Representatives as well as Canadian bunkers, West German, British and more.

These bunkers are built to withstand a nuclear war and store supplies for several weeks of residence. They are also equipped with their own water and power supply, hospital, radio station and conference facilities.